The followers of William Branham refer to themselves as being in The Message. However, this is not a homogeneous group. There are many sub-cults within the cult that is the Message. This article is one in a series on the sub-sects that comprise the Message - you are currently on the topic that is in bold:

Golden Dawn Tabernacle is a message church located at 301 E. Los Reales Road in Tucson, AZ. The pastor, Isaac Noriega, was described by a former Golden Dawn member as "a very angry, bad tempered man... I remember him yelling at the deacons and anyone else who crossed his path when he was in a bad mood because things were not going his way. He didn't care who you were. He would not hesitate to disrespect you."

We have confirmed the information below with several former members of the church so believe that it is an accurate reflection of what transpired in Golden Dawn Tabernacle prior to their departure. 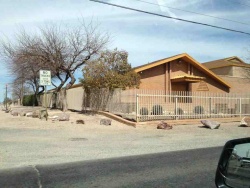 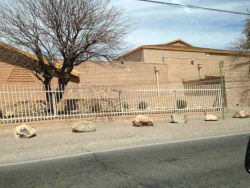 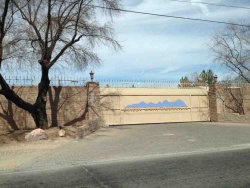 The rules can change depending on who you are. For example, the children of church leaders are the only ones permitted to go to college (paid for by the church). This is presumably because they have a career in the church ahead of them.

When a couple announces their engagement, they are each required to have a separate interview with Isaac Noriega in his office. In the interview, they are required to confess any previous sexual encounters (full graphic details are a requirement). The reason for separate interviews is to find discrepancies (police style - except police require a witness in the room, while Isaac Noriega does not). A full sexual history prior to attending the church is also required.

This interview process is carried out with ALL couples and, it is assumed, that this is the reason almost all weddings at Golden Dawn are private. Isaac Noriega has been known to use the interview information in his sermons, and also as blackmail, to control and manipulate the congregation. These requirements started in approximately 1985.

It is not believed that attendance at this church is not growing with external members, other than the offspring being produced internally at the church.

Consulting Isaac Noriega for any major decisions is very common in the church. He is consulted about everything from purchasing a vehicle, receiving medical treatment, traveling, getting a new job, to purchasing a house. It is normal practice to ask for his permission for very personal decisions that would normally be made by the individual. If you go against Noriega's "advice", he will then publicly blast you from the pulpit.

Excommunication - "Taken Out From Under The Blood"

Isaac Noriega is a firm believer in excommunicating any members of the church that he considers rebellious or a threat to his ministry. The church is taught that excommunication is taking a soul out from under Jesus' blood according to Matthew 18:15-20. However, Isaac Noriega does this under his own justification in order keep his congregation under control and maintain fear within the church so that they will obey him.