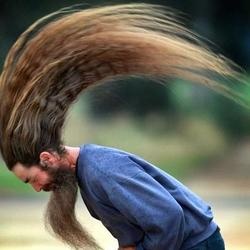 William Branham claimed to have been born a Nazarite:

Now, I don't say all ministers have to be that. I was born under Nazarite birth, of course, and so it's just a little different. And so, many things that I do in my life, I wouldn't ask other people to do. I wouldn't say they had to do that to be Christian, because it was a different... altogether.
And many of you understand that, don't you? See? It's just... That's just for me on-- or me privately, things that I have to do, and things, the way I have to live, and the things that I have to do. It's a Nazarite birth. And so we--we don't... it's not... You can't teach that all people have to be that way. See? But I mean for myself.[1]

I said, "But, you see, I was born under a Nazarite birth. I wasn't supposed to smoke, chew, or drink anything."[2]

The Biblical Meaning of "Nazarite" 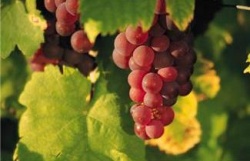 Nazarite was the name of Israelites that took the vow prescribed in Numbers 6:2–21. The word denotes generally one who is separated from others and consecrated to God. Although there is no mention of any Nazarite before Samson, yet it is evident that they existed before the time of Moses. The vow of a Nazarite involved these three things:

(1) abstinence from wine and strong drink, wine vinegar, grapes, raisins or any part of the grape plant;
(2) refraining from cutting the hair off the head during the whole period of the continuance of the vow; and
(3) the avoidance of contact with the dead.

For some reason, probably in the midst of his work at Corinth, Paul took on himself the Nazarite vow. This could only be terminated by his going up to Jerusalem to offer up the hair which till then was to be left uncut. (Acts 18:18).

On another occasion (Acts 21:23–26), at the feast of Pentecost, Paul took on himself again the Nazarite vow.

As to the duration of a Nazarite’s vow, every one was left at liberty to fix his own time. There is mention made in Scripture of only three who were Nazarites for life, Samson, Samuel, and John the Baptist (Judg. 13:4, 5; 1 Sam. 1:11; Luke 1:15). In its ordinary form, however, the Nazarite’s vow lasted only thirty, and at most one hundred, days.[4]

The apostle Paul did make a temporary Nazarite vow in Acts 21:20-25 but that was only for a short period of time.

While William Branham said that he was under a Nazarite vow for life, it is clear that he wasn't.

Why did he say that he was?

Was it part of trying to convince people that he was a prophet? Someone that was in the same category as the three other people in the bible that were born under a Nazarite vow - Samson, Samuel, and John the Baptist?

Drinking wine or grape juice, eating grapes or anything from the grape vine was forbidden to someone under a Nazarite vow, but that did not seem to have any impact on William Branham:

The Bible said, "In like manner He took the cup. And when He had supped, He took--said, "Take and drink; this is the cup of the New Testament. As oft as you do this, you show forth the Lord's death till He come." As I hold in my hand tonight this wine, made from the--from the life of grapes that's been brought together here to represent the Blood of Jesus Christ. There's never a time yet, that I've ever picked up the communion tray, but I didn't look in there and see my sin's gone.[5]

My wife said to me the other day, "Billy..." I--I'd got a haircut here sometime ago, and a barber put carbolic acid on my hair, and it all come out. And she said, "Billy, you're almost bald-headed." But I said, "I haven't lost a one of them."[6]

My father had a bad habit, drinking. I'm sorry to have to say that, but that's true. And he--he... My father died in my arms. I seen my daddy work so hard, till when he would come in, his--his back would be sun burned until his shirt would be sticking to his back, and mother would have to take and clip the shirt loose from his back. I don't care what he done. He's my daddy. I'm not ashamed of my father. I love my daddy. He's gone on today, but he's still daddy.[7]

Other quotes of William Branham

When we go into Germany... I was in Germany sometime ago in a great meeting where the Lord was giving us around--around ten thousand souls a night. And I was so amazed one night when I come from the meeting, and--and down the street to a place where I was invited for a little luncheon, and it was the closing of the meeting, and all the Christians setting around, drinking beer. Well, America, Canada, and England is the only nations I know that refuses the Christians to drink. They don't get drunk; but we Americans... Then when... I didn't drink it. So after while there come a question around the table, "What was the matter," that I wasn't drinking my beer, "was it because it wasn't good?"

And Doctor Guggenbuhl setting next to me, which provided me an interpreter. I said, "What they all murmuring about to me?" And he said, "They're wondering why you don't drink."

Now, I know it's written: when you're in Rome, be a Roman. But I said, "Tell them this: 'I do not condemn them. But I was borned under a Nazarite birth; I'm not supposed to drink.'" I didn't want to hurt them. And they understood it, went right on drinking. And then in Italy we found almost the same thing. And many different parts of the world, when you go into the nations, you find the spirit of the nation.[8]

I believe, tonight, that every man and woman, every boy and girl, that's born of the Spirit of God, is a Nazarite unto the Lord; because they have separated them things, themselves, from the cares of the world and whatever the world has got to say.

You live in this city here where there is great schools. And, and we see our nation calling for higher standard of education; which is all right, nothing to say about that, but that education cannot give you salvation. A scientist can split a grain of wheat and tell you how many different chemicals is in it, but it can't find the life that's in there. An education can learn you, or teach you mathematics, and--and it can teach you history and whatevermore, but it cannot bring Light to you. Your education will not do that.

Paul was a Nazarite unto the Lord. He was separated from his orthodox church, to the Word of the living God.

Aaron was a Nazarite unto the Lord. He was separated from among the brethren, to bear the birthstones and to be the high priest.

...But in them ages, God has always sent forth His prophet. And the Word of the Lord comes to the prophet and vindicates the Word to that generation. And the prophets was always the Nazarite, separated from everything else to obey the Word of God.

But when a man is borned in the world, for a--a believer, he becomes a Nazarite when he separates himself from anything that's contrary to the Word. A total separation! Jesus said, "I come to separate a man from his wife, tear up a family. And he that won't take up his cross, and follow Me, is not worthy to be called Mine." A separation, from everything, anything; from church, from--from a community, from a belief, or from family, or anything that would stand between you and believing the entire Word of God. If your soul will not punctuate every promise for this hour, with an "amen," there is something wrong somewhere. You need a separation.

But what was His credentials? That the Word was with Him, the Word promised of that day was living through Him. He said, "Which one of you can condemn Me of sin? Which one of you can say that what I have claimed hasn't happened?" That, for He showed that He was a separated Nazarite of the Lord. He was the Lord Himself in flesh.

Listen, we say about Satan's big machine up there, ready to move, that's right, to crush down; but, remember, God's little flock that believes the Word, its mechanics is ready too. It's ready for the Dynamics to set it afire with the Holy Ghost. "Fear not, little flock, it's your Father's good will to give you the Kingdom." The Holy Ghost will strike a little Church that's come out from the world, women that wears long hair, Nazarite, to prove they've separated themselves from the...

The Nazarite is one who... What? A one that separates themselves, for the Word of God; not short-wearing, painted faces, Jezebels, calling themselves Christians; no, sir; man, so wishy-washy, that'll stand for a denomination, and hold onto their coat tails, of some Caesar or Herod, instead of standing for the Word of God. But God has got loyal people, genuine flock of God, who don't care what the world says. They believe that Jesus Christ is the same yesterday, today, and forever.[9]

If she cuts it off, I don't care how much she dances, sings, is in the choir, speaks in tongues, runs up-and-down, or has all kind of aid societies, she is dead. That's THUS SAITH THE LORD, the Word of God. First Corinthians 14. Yeah. She has denied her Nazarite vow and sold out to the god of this modern age. She does it. Now, shame on you, lady, or woman![11]