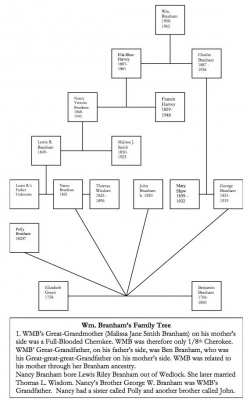 William Branham was constantly seeking to bring Old Testament laws in to the New Testament church. As part of this teaching, he believed that a child born in sin could not be predestined to go in the rapture. He believed that the person could be saved but not part of the Bride of Jesus Christ.