The Prophecies of William Branham 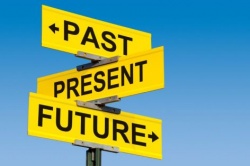 This article is one in a series of studies on prophecies, particularly those of William Branham - you are currently on the article that is in bold:

Prophecy is the foretelling of future events by a human messenger (prophet) under divine inspiration.

Prophecy MUST be judged

The scriptural test of a prophet is clear as outlined by Moses in Deuteronomy 18:20-22:

Even William Branham believed that prophecy must be judged to see if it was true:

And the next morning, I went back fishing, I caught one great big bluegill, or—or what we call the red belly sun fish, the biggest I ever seen. Then when the men come to me, I said, "Now, sir, the Bible said, 'If there be one among you spiritual or the prophet, and if what he said comes to pass, then hear him, if it doesn't…'" And I took four outstanding prophecies of Jehovah Witness, and showed him that none of had come to pass. Every one of them failed.[2]

We invite you to study the prophecies and make your own decision as to whether William Branham was a true prophet or not. If you click on the individual lines below, they will take you to a detailed explanation of each issue.

William Branham tells of a series of prophecies that were given to him in June 1933 by vision that would transpire before the coming of the Lord.[3]. William Branham was very bold with these prophecies, claiming that the visions would be accurate "to the dot" and were "Thus Saith The Lord".[4]. While he states that there were seven visions , he added the Roosevelt prophecy (in 1958); the egg-shaped, driverless car is clearly two prophecies; and he added an additional prophecy in 1964 (that he had never previously told) relating to women electing the wrong man (we assume that he went with seven visions because seven is a much more prophetic number).

In the Laodicean Church Age book, William Branham says, “Now let me say this. Can anyone prove any of those visions wrong? Were they not all fulfilled?” Over 80 years after 1933, we now have the benefit of hindsight in our ability to confirm whether these prophecies were accurate or not.

8 - Women will elect the wrong person?

William Branham's recorded sermons are the only source as to the accuracy and timing of these visions. However, William Branham often included facts when describing these prophecies that are historically inaccurate. William Branham stated that he kept a book of his prophecies[6]; however, the contents of this book were never released to the public. It is our understanding that the Branham family has stated that this book has been "lost". However, others have speculated that it was intentionally destroyed because its contents did not support the claims that William Branham made.

Now, in 1933 when we were worshiping over here in the Masonic temple where the Church of Christ stands today, on one April morning before leaving home, I was dedicating my--a car (I got a '33 model car, and I was dedicating it to the Lord's service.), and in a vision I saw the end time. Now, notice how striking this is. Back yonder when I was just a boy, and you can imagine what a 1933 model car looked like--now, what it looked like. And I went over there to the Masonic temple where... Some of you old-timers in here remembers; it's wrote down on an old paper at home. It's already in print and went out around the world. See? That was in 1933. And I predicted that there would be some great tragedy happen to this United States before or by the year of 1977. How many remembers me saying that? Look at the hands. Sure.[7]

We have been unable to locate a copy of the print version of the 1933 prophecies and many speculate that it, in fact, never existed.

Other Prophecies and Visions of William Branham

The Vision of the Meetings in South Africa

The Vision of Marilyn Monroe

The Seventh Angel will be on the Earth at Christ's Coming

The birth of Joseph Branham

The Death of Florence Shakarian

Prophecy of the Five Angels

A Boy Would Be Raised From The Dead

Man and the moon

The Destruction of the Vatican

William Branham was also vocal about his doctrine concerning the end times, and the future after the rapture of the Church.

The following are prophecies that were made about William Branham:

Retrieved from "http://en.believethesign.com/index.php?title=The_Prophecies_of_William_Branham&oldid=24964"
Categories:
This page was last edited on 12 October 2021, at 01:53.
Content is available under Creative Commons Attribution unless otherwise noted.
Privacy policy
About BelieveTheSign
Disclaimers
Mobile view