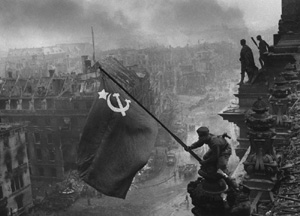 This file is in the public domain in Russia. It was published before January 1, 1954, and the creator (if known) died before that date (For veterans of the Great Patriotic War, the critical date is January 1, 1950). Works belonging to the former Soviet government or other Soviet legal entities published before January 1st, 1954, are also public domain in Russia. (This is the effect of the retroactive Russian copyright law of 1993 and the copyright term extension from 50 to 70 years in 2004.)

Click on a date/time to view the file as it appeared at that time.

You cannot overwrite this file.

The following page uses this file:

This file contains additional information, probably added from the digital camera or scanner used to create or digitize it.

If the file has been modified from its original state, some details may not fully reflect the modified file.